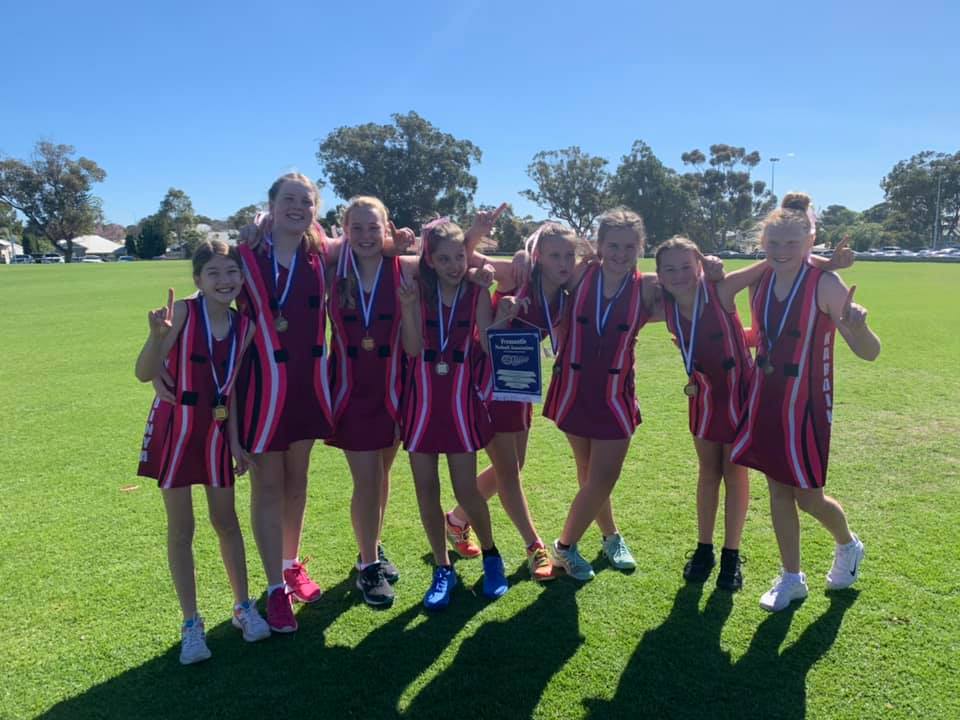 We are a small vibrant family orientated netball club that was established in 1979 by local parents.  We have around 200 playing members ranging in ages from 7 years of age. Our dedicated and hands on volunteer committee support and encourage the sport of netball for players of all ages and any ability. Our mission is to encourage the participation and enjoyment of the sport of netball with our focus being on team efforts and opportunities.  Our club recognises that sport is also for friendship and personal achievement as well as team achievements.  In the process we aim to develop self-confident and skillful netball players in an environment that is fun, fair, safe, social and professional.

Kardinya Netball Club have four fully lit - well surfaced training courts just next to the Kardinya Bowling Club (off Williamson Rd, Kardinya).  Games of netball are played on Saturdays through the winter season at Gibson Park, in Fremantle (off High Street).
The Club has exciting plans for the future and aims to continually develop players and coaches. Support and mentoring of junior umpires will also be run by the club to up skill and train junior umpires.

Our club is run by a very dedicated group of volunteers from the local community and is supported by a number of sponsors.